The case for spousal RRSP’s 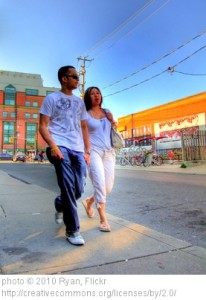 Last week, we talked about some of the factors to consider when deciding whether or not to make an RRSP contribution.  This week, I want to revisit the issue of spousal RRSP’s.  Before pension splitting legislation was introduced, this savings vehicle was more popular than it is now.  However, there are some circumstances where it may still be useful.

All references in this article to the word “spouse” apply to common-law partners as well.

What is a spousal RRSP?

The idea behind spousal RRSP’s is to equalize incomes between spouses at retirement.  If one spouse earns $100,000 and the other earns $0, the total tax bill for the couple is going to be a lot higher than if they both earned $50,000.  Spousal RRSP’s are a way to ensure that both incomes are closer to even and thereby reducing tax.

What is pension splitting?

In 2007, legislation was introduced to allow spouses to split certain types of pension income even when they don’t have spousal RRSP’s.  This legislation resulted in substantial tax savings for retired couples whose incomes were otherwise uneven.

Why would I still consider spousal RRSP’s?

RRSP withdrawals are only eligible to be split between spouses once the person who makes the withdrawal reaches the age of 65.  Until then, the person who makes the withdrawal has to report the income.  This could come back to bite a couple where one spouse has a larger RRSP than the other and they want to start withdrawing the money before the age of 65.  If they both have RRSP’s (their own or spousal plans), they can each make half the withdrawal, which will result in less tax than only one spouse withdrawing the entire amount.

Is it really worth the trouble?

Yes – if there is the possibility of using the money before age 65.  Can you say for sure that you won’t?  It’s impossible to predict that far into the future.  The worst case scenario is that the plan provides no benefit.  It’s not going to cost you anything tax-wise.

It is also remotely possible that a future government may repeal pension-splitting legislation.  Spousal RRSP’s protect against this possibility as well.

The RRSP contribution deadline is coming up on March 1, 2013.

Note:  I am looking for beta testers for an e-course that I will be releasing this Spring.  If you have pre-teens, teens, or young adults in your house who would like to learn about running a micro business and receive a free copy of the course in exchange for feedback and non-disclosure, please click this link to apply.  Thank you!

0 responses on "The case for spousal RRSP’s"