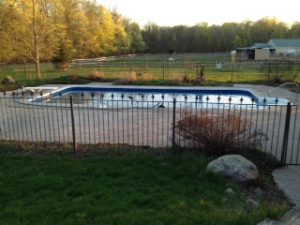 Back in January, I wrote about our decision to pay our children an allowance and how we were going to use the opportunity to instill good habits right from the beginning.  If you missed that post, you can read it here.   The system has been going well – the kids have been dividing their money between giving, saving, and spending as we instructed them to.  The ledger to keep track of it all has been a lifesaver.  I often forget to pay them for a few weeks in a row, so when they remind me, I can look at it and know exactly how much to give them to catch up.  The end of the month is met with cheers because they know that it’s “interest day” – the day they get extra cash just by having money in their piggy banks.

The only problem that we’re finding is the lack of motivation to accumulate their spending money to buy something that they really want.  My kids are forever asking me to take them to the dollar store because they know they will be able to find something they can afford right away.  After they make their purchase, they come home and gaze wistfully at toy catalogs that contain more expensive items.  My daughter wants to buy a $6 hairbrush for her doll.  I’ve told her that she will never get there if she keeps spending her money every time she gets to a dollar.  I know mommy, but it’s so hard!

They each get $2 per week for their allowance.  We originally started with a $1, given in 4 quarters for simplicity’s sake.  One quarter would go into giving, 2 into savings, and 1 into spending.  Even though the number of quarters going into each bank has since doubled, the kids have figured out that 50 cents in spending doesn’t buy much.  In order to buy that hairbrush, my daughter would have to accumulate her spending money for 12 weeks – 14 if you count the 78 cents in sales taxes that we’d pay on that purchase in Ontario.  No wonder she gave up.  Could I wait 14 weeks to buy a hairbrush?  Not likely.

Since we were unwilling to give them a larger allowance, we thought we’d provide the opportunity to earn additional money each week by taking on extra yard work.  Our offer of 50 cents per (small) bucket of weeds pulled was met with the question “Can I put it all in my spending money or do I have to divide it?”  When the answer was to divide it, they were not interested.

We decided that if they were smart enough to figure out how much would be left in their spending pockets with the 1 quarter/2 quarters/1 quarter division of their money into giving, savings, and spending, they could surely understand the rough concept of percentages.  Our new division is 10% giving, 50% savings, and 40% spending – this is what we wanted it to be originally, but didn’t do because we thought the math would be too complicated.  Turns out my just-turned-6 year old can easily understand putting 10 cents in giving for every dollar – especially when the difference is going into his spending money!

Would getting money motivate them to take on extra work outside?  This past Saturday, we spent most of the day sweeping sand between our interlocking brick and cleaning out our pool.  We had one child helping for the morning and the other one sulking.  Sometimes our kids have no choice about whether they help or not.  This wasn’t one of those times – if they didn’t want to help, they didn’t have to.  However, when we went in for lunch, I gave the child who helped a toonie in addition to some happy dollars (in our house, they use happy dollars to pay for screen time and various other things – you can read about that system here).   In the afternoon, we had 2 very eager helpers who accomplished quite a bit.  Money well spent!

Will the extra money motivate to give up the dollar store?  Time will tell.

Do you pay your children for jobs around the house?

2 responses on "Allowances, chores and motivation "