A day at our crazy homeschool house 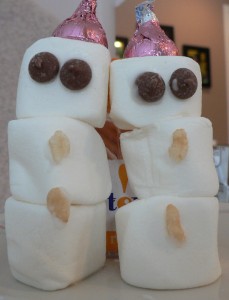 This article was originally published in our local homeschool association’s newsletter.  I thought you all might enjoy it too.  Back to money & taxes next week!

“Ugh – what is that smell?”  After herding the kids to do their morning chores, I saunter down the stairs to the aroma of… not pancakes or bacon, but cat pee – again.  Sigh.  As I let my nose lead me to the place of the offense, I ponder the possibility of euthanasia, which immediately saddens me.  I love this cat – why won’t he stop peeing all over my house?!

With a clean floor and the first load of laundry in the machine, I pour my kids’ milk while they assemble their breakfast.  After cereal and bagels comes a heated debate between the little people about whose turn it is to clean the pile of Bran Buds off the floor.  Will they ever realize that it takes more energy to argue than it does to sweep?

After the ensuing time-out and related meltdown subside, the floor gets swept, and the kids choose which item from their to-do lists to tackle next.  My daughter selects her piano practicing and my son picks his dusting first and then his math.  He spends about 10 minutes dusting 3 rooms and then 6 minutes at the table doing a page from his Math-U-See Alpha book.

After piano is finished, my son cleans the kitchen countertop while my daughter and I take about 10-15 minutes to go through two lessons of Bob Jones English 2.  A page of Math-U-See Gamma follows, then a request for reading time.

After some discussion about whose turn it is to sit in the “comfy spot” on the couch, we settle in and read a few Franklin stories just for fun.  I point out the Egyptian museum exhibit reference in the story to build excitement about the Ancient Egypt activities we will be starting soon.   Building anticipation now helps with future co-operation!   We move on to the Awana sections for the week – reading through them, discussing the content, and repeating the Bible verses a few times.  I marvel at the power of God’s Word sinking into their hearts.

Next, my son reads his story from Hooked on Phonics level 2.  Sometimes he resists reading.  Other times, he wants to continue even after he’s finished one section.  Today is a continuing day, so we go with it.  He reads through the last 3 lessons and finishes the book.  Hurray!  I’ve now got six boxes of curriculum that I sell and clear up some much-needed shelf space in my office.  I make a big production about congratulating him on finishing his phonics program.  I decorate the certificate at the end of the book with Cars stickers and make an attempt at drawing a train on it and then present it to him.  Thankfully, he knows what my drawing is.  Who exactly is going to teach art to these kids?

We go back to reading more on the couch.  This time, my daughter reads two of the Alizé books from the library and we chat about them in French. Well, I chat in French and she answers partly in English, partly in French.  I’m grateful for the progress.

We move on to En français SVP 2e année where I read a story, we discuss it, and do a related activity.  Today’s story is about the five senses.  I draw my son in by quizzing him on French vocabulary for body parts associated with the five senses.  He responds by covering his ears and asking for English, but then listens intently to the story.  I defer the activity to tomorrow since everyone has had enough for now.

As I put a soy cheese pizza in the oven for the kids’ lunch, my daughter finishes up her kitchen chores and her dusting.   Lunch is on the table around 2:00, which is pretty normal for us – much to the chagrin of my friends whose children go to school.

We usually do a 20-minute unit study activity after lunch, but we’re between units right now, so free time starts a bit early today.  The kids play for a while and then ask to spend some of their “happy dollars” (which they earn by doing the tasks on their lists) on computer/TV time.  I agree.  They count out the money – $1 per minute – and proceed to take turns on Always Ice Cream and Clever Dragons.

I use their screen time to catch up on e-mail and finalize an article being published in a few months.  Since I didn’t do it on the weekend, I put together the kids’ workbooks for the rest of the week, pulling pages from various places.  A few comments come in on Facebook about my latest blog post, so I respond to those.

At 5:00, my husband arrives home early to take the kids to skating lessons.   When they return, we eat chicken stir-fry together as a family, then the bath & bed routine starts.  My husband reads the Bible and a devotional with each child, and then prays with them.  I read them a story of their choice and say a blessing over them before they go to sleep.  As I turn out the light, I thank God for this day – even if it did start out with cat pee!

2 responses on "A day at our crazy homeschool house"